When Silence is NOT Golden

Home
>
Blog
>
When Silence is NOT Golden 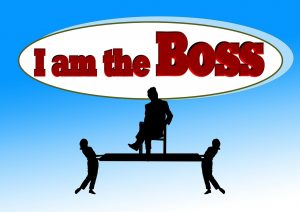 A friend recently shared with me his concern about how his CEO has managed to shut down free flowing discussion in the organization.  This CEO uses fear and intimidation to prod his team to achieve organizational goals and implement various strategies.  Over time, the CEO has managed to make an example of each individual staff member by using that person as a temporary “whipping person.”  The desire to not be embarrassed again in front of the rest of the team has created an environment where team members are unwilling to share new ideas and viewpoints that are contrary to the CEO’s thinking.

“Our staff meetings are very quiet,” said my friend.

The result of this type of leadership can be chilling.  Team members are demoralized and often leave the organization.  In this particular case, trust was non-existent, backbiting became a way of life, and behind the scenes politicking a necessity for survival.

Most leaders have a great deal of determination, a strong focus on results and a healthy ability to get things done.  All good characteristics except when the compelling desire to accomplish your agenda causes you to run roughshod over others, when blunt directives replace a willingness to listen and ask questions, and when a “ your way or the highway” approach quashes innovative thinking and creativity.

Leaders can stifle debate without even realizing it is happening.  Here are six important factors you need in your organization to ensure that silence doesn’t kill your team meetings:

What are you doing to encourage vigorous discussion on your team, and building a culture of innovation and creativity?