Be the Power at the Back of the Room

Home
>
Blog
>
Be the Power at the Back of the Room 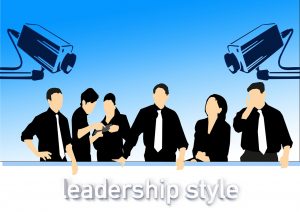 It’s a story that plays out every day in organizations of all shapes and size.  Here is the scenario:

Tom has had a successful career managing programs for the organization.  Truth be told, he is one of the best at what he does. Eventually, Tom is promoted to executive vice president.  In his new role, Tom manages all of the program managers who do what he used to do, including the person he promoted to take his place.  As executive V.P., Tom’s role is more strategic; establishing a direction for his team, and coaching and motivating his program managers to help them be successful.

The problem is, Tom loves getting involved in the everyday details of the various programs and projects.  That is what he is good at and something for which he is most passionate.  His insistence in meddling and micromanaging discourages and demoralizes his talented team.  Some grumble, others quit. Trust crumbles and the company is no longer a great place to work.

I’ve coached lots of “Toms.”  They are always challenging assignments because first Tom has to be confronted by his CEO and others about his leadership shortcomings.  Then, Tom needs time to heal before he hopefully is ready to accept coaching.  If he reaches that point, there are six major areas in which Tom will need to develop expertise if he is to excel (or even keep) at his position:

Leaders like Tom that are willing to commit to working really hard at these six principles will find the foundation of trust begin to solidify.  It takes time, however, I have seen many Toms dramatically improve their leadership skills, and seen their teams flourish as a result.

What techniques do you use to be the power at the back of the room?